Neurodiversity refers to the idea that, just like human fingerprints, every human brain is different from each other. The concept of neurodiversity emerged from the Autism Movement, wherein people explained that people with autism were not ‘sick’ or ‘broken’ but different from others. Neurotypical (NT) refers to what the world deems as the ‘normal’. In contrast, neurodiverse or neuro-atypical denote the people on the autism spectrum or with ADHD or other learning disabilities. Neurodiverse people (NDs) have different brain structures than NTs and are often said to be ‘wired differently.’ Research reveals that FMRI scans of NDs’ brains actually respond and function differently than of NTs

Are Neurodiverse people affected by a disease?

Although many people consider being neurodiverse as a shortcoming, NDs think otherwise. One can see them reinstating this fact on talk shows that they do not want your sympathies but your understanding. NDs are labelled as “abnormal” because what they do, act or think doesn’t fit our norms, but NTs fail to realise that their characteristics are natural to them. NDs have a different perception of the world than the neurotypical. Because they cannot decipher facial expressions or know what to say to comfort someone doesn’t make them apathetic.  NDs find it challenging to decode humour or sarcasm because their brains take the meanings of the sentences quite literally—and that’s okay! That’s how they understand it.

Why is understanding Neurodiversity so important?

In a world where everything right from education to employment is cutthroat competition, NTs have set standards for what qualities one should have to be accepted. In the education system, a specific curriculum is developed. A certain amount of tests are taken with a specified amount of difficulty level. We see some students score well, some getting average marks while some even failing to reach a decent grade. This is because every student’s brain grows and works differently. For instance, some students have more memory-storing capacity or logical understanding and can quickly grasp information laid out in front of them. At the same time, another set of children may need to revise twice or thrice to understand the same concepts. Most children can get along with this pattern of education. However, some students—the neurodiverse—find it rather challenging. Funnily enough, rather than mending the education pattern or teaching methods to fit these students’ needs, NTs try to ‘fix’ the differently-abled students to fit into the ‘normal box. Hence, these students cannot keep on facing multiple problems during their schooling. They undergo a lot of stress to meet the expectations and feel like a failure when they cannot be at par with the other students, ultimately leading them to have low self-esteem, low self-confidence, and terrible mental health. Due to their below-average academic record, they cannot find jobs as adults, which adds to their miseries. Even if they secure good jobs, it’s greatly tolling for them to conform to the conventional workplace routine.

Are Neurodiverse people intellectually lesser as compared to neurotypical people?

A large percentage of the NDs do not score flying colours in their schooling years, which is why they get labelled as not being intelligent. This is equivalent to handing Ronaldo a cello and asking him to play Brahms sonata, then calling him hopeless when he fails to do so. Just like neurotypical people have different skill sets, NDs have their areas where they are good at. Some NDs may be good at studies, while some are varying forms of art or some sport. However, unlike neurotypical people who can manage to be average in all areas, NDs have extremes to their skills. For instance, a neurodiverse person may be terrible at school and seem like they don’t understand the world around them. When in reality, he may be excellent and very expressive in his paintings and drawings. Studies prove that autistic people have powerful short-and long-term memory and have an excellent eye for details.

We, as a society, need to come together to spread awareness about neurodiversity. Many neurodiverse students don’t get diagnosed with their conditions because their families and teachers think they are just intellectually inferior to others, lazy, naughty or ‘not trying hard enough. In a developed nation like the United States, 23% of children diagnosed with ADHD weren’t receiving any treatment and becoming anxious adults. The stigma created by society is the root of the government’s ignorance towards providing help. Teachers and parents always scold them, being asked to work harder and bullied by their schoolmates for being different. All of this tremendous stress and failed attempts to be ‘normal and a low sense of self-worth has resulted in this: more than 70% of NDs suffer from mental illnesses like depression and anxiety disorder. Suicide rates in neurodiverse (specifically, autistic) people are thrice than that of the neurotypical population. And all of this for what? Because NTs cannot accept someone for being different from us? Everything because we try to make stars and fit them into square boxes, then get mad at them for being a different shape? NDs do not suffer from any disabilities. They suffer due to the indifference and lack of understanding that NTs have for them.

This is so helpful and well written! 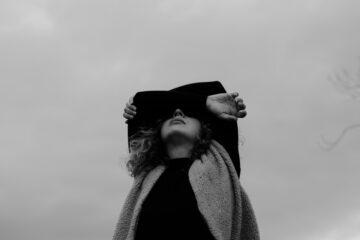 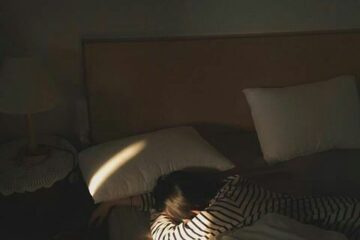 INTRO: About 62% of adults worldwide feel that they don’t get enough sleep. Inadequate sleep has severe repercussions on mental health, ranging from lack of focus, laziness, fatigue and stress to diabetes, hypertension and neurodegenerative Read more… 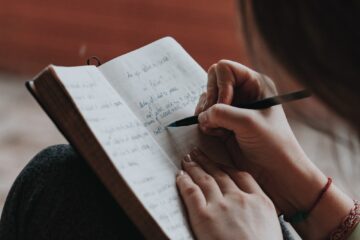 Wherever I went, I always felt like I was putting on a mask. I hid away and faked a huge part of me from everyone around me, and I wanted that to stop. I was Read more…